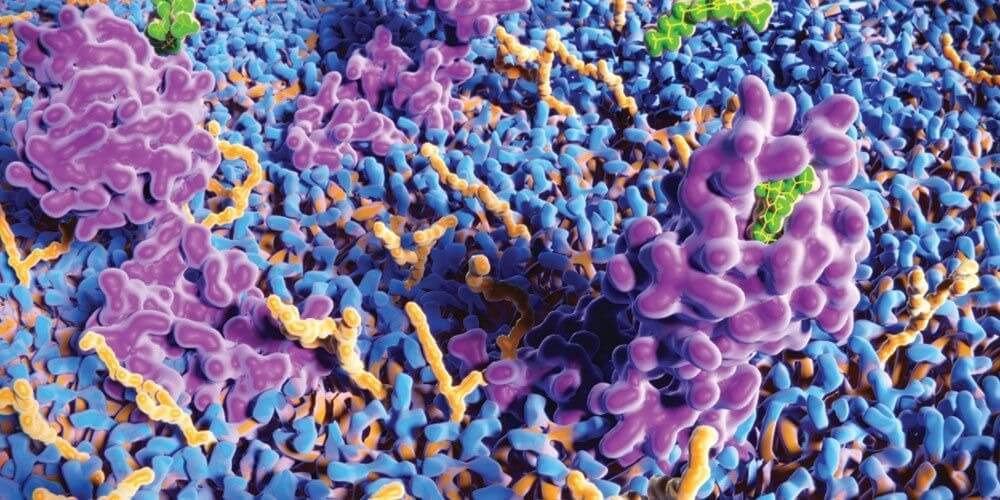 Facebook
Twitter
Google+
Pinterest
WhatsApp
Oakley Ray, PhD, Emeritus Professor of Psychology and Pharmacology at Vanderbilt University, and Charles Ksir, PhD, Professor of Psychology at the University of Wyoming, noted in their 2004 textbook Drugs, Society and Human Behavior:
“The chemistry of Cannabis is quite complex, and the isolation and extraction of the active ingredient are difficult even today. The active agent in Cannabis is unique among psychoactive plant materials in that it contains no nitrogen and thus is not an alkaloid. Because Cannabis lacks nitrogen, the 19th century chemists who had been so successful in isolating the active agents from other plants were unable to identify its active component.

There are over 400 chemicals in marijuana, but only 61 [80 as of July 9, 2009; see Editor’s Note below] of them are unique to the Cannabis plant — these are called cannabinoids. One of them, delta-9-tetrahydrocannabinol (THC), was isolated and synthesized in 1964 and is clearly the most pharmacologically active.

[Editor’s Note: Mohamed M. Radwan, Mahmoud A. ElSohly, et al., researchers at the University of Mississippi, reported the discovery of nine new cannabinoids in their Apr. 3, 2009 study titled “Biologically Active Cannabinoids from High-Potency Cannabis Sativa,” published in the Journal of Natural Products. This discovery brings the total number of cannabinoids to about 80, according to an Apr. 12, 2009 bulletin published by the International Association for Cannabis as Medicine.]

2004 – Charles Ksir, PhD
Oakley Ray, PhD
Americans for Safe Access, a medical marijuana advocacy group, stated in its website article “Research: Definitions and Explanations” (accessed Dec. 7, 2006):
“[T]here are 483 different identifiable chemical constituents known to exist in cannabis. The most distinctive and specific class of compounds are the cannabinoids (66 known), that are only known to exist in the cannabis plant.

The very most of these compounds are found in other plants and animals and are not of pharmacological relevance with regard to the effects exerted by cannabis preparations.”

Dec. 7, 2006 – Americans for Safe Access (ASA)
The Mayo Clinic stated in its Aug. 25, 2006 article “Marijuana as Medicine: Consider the Pros and Cons,” published on its website:
“Marijuana contains at least 60 chemicals called cannabinoids. Researchers are evaluating how effective some of these cannabinoids might be in controlling symptoms of certain medical conditions. For example:

Aug. 25, 2006 – Mayo Clinic
The Institute of Medicine published in its Mar. 1999 report titled “Marijuana and Medicine: Assessing the Science Base”:
“The most recent review of the constituents of marijuana lists 66 cannabinoids. But that does not mean there are 66 different cannabinoid effects or interactions. Most of the cannabinoids are closely related and they fall into only 10 groups of closely related cannabinoids, many of which differ by only a single chemical moiety and might be midpoints along biochemical pathways — that is, degradation products, precursors, or byproducts.

Dale Gieringer, PhD, State Coordinator of the California National Organization for the Reform of Marijuana Laws (NORML), stated in his 2004 article “Cannabis Vaporizer Combines Efficient Delivery of THC with Effective Suppression of Pyrolytic Compounds,” published in the Journal of Cannabis Therapeutics, where he compared the chemical constituents of marijuana smoke (from a glass pipe) with marijuana vapor (from a vaporizer machine):
“Aside from the cannabinoids, only three other compounds were tentatively identified in the vapor gas, and one in the solvated condensate. The three were caryophyllene (a aromatic terpene found in cannabis and other plants), plus two other compounds of undetermined origin… THC accounted for a nominal 94.3% of the inferred estimated mass [of vaporized marijuana]…

2004 – Dale Gieringer, PhD
Donald P. Tashkin, MD, Director of the Pulmonary Function Laboratories at the University of California, Los Angeles, stated in his article “Effects of Marijuana on the Lung and its Immune Defenses,” published in the Mar. 1997 “Secretary’s Youth Substance Abuse Prevention Initiative: Resource Papers” by the Center for Substance Abuse Prevention:
“Analysis of the smoke contents of marijuana and tobacco reveals much the same gas phase constituents, including chemicals known to be toxic to respiratory tissue. Moreover, these gas phase components are present in somewhat similar concentrations in the smoke generated from the same quantity of marijuana and tobacco.

The particulate phase (tar) constituents of marijuana and tobacco smoke are also generally similar, with the major exception that marijuana contains tetrahydrocannabinol (THC) and scores of other llIC-like (cannabinoid) compounds not found in tobacco, while tobacco tar contains nicotine not found in marijuana.

With regard to the carcinogenic potential of marijuana, it is noteworthy that the tar phase of marijuana smoke contains many of the same carcinogenic compounds contained in tobacco smoke, including polycyclic aromatic hydrocarbons, such as benz[a]pyrene, which was recently identified as a key factor promoting human lung cancer… Preliminary findings suggest that marijuana smoke activates cytochrome P4501A1, the enzyme that converts polycyclic hydrocarbons, such as benz[a]pyrene, into active carcinogens.”

Mar. 1997 – Donald P. Tashkin, MD
Mahmoud A. ElSohly, PhD, Research Professor at the Research Institute of Pharmaceutical Sciences at the University of Mississippi, stated in his 2002-2003 Annual Report addendum titled “Analysis of Paraquat in Confiscated Marijuana Samples”:
“During this report period a total of 400 samples were analyzed [for Paraquat, a poisonous weed killer] constituting 400 seizures [of marijuana] and 80 controls. Of these 400 samples, 137 were from Southwest Regional Laboratory, of which 2 were positive (1.46%) [for Paraquat]. The remaining 263 samples were from South Central Regional Laboratory with 11 positives (4.18%).

Overall, the qualitative analysis showed the rate to be 13 positive samples among the 400 seizures or 3.25% positive.”

Most Teens Use Other People’s Prescription Stimulant Medication