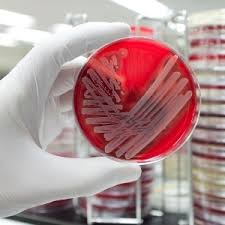 Diabetes patients have an increased risk of suffering serious infections or death compared to the general public, new research has shown.

Dr Iain Carey, of the Population Health Research Institute, at St George’s, University of London, said: “We have confirmed that people with diabetes are more prone to all infections, particularly serious infections like bone and joint infections, endocarditis and sepsis.

“We have also shown that infections among people with diabetes cause substantial ill-health and need for NHS treatment.

“Despite this, current NHS guidance for Type 2 diabetes does not specifically mention infections or recommend ways to reduce this problem.

“Better management of diabetes patients, through improvements in control of their blood sugar levels for example, or more rapid recognition of infections by patients and carers, may help prevent future infections.”

The large size of the study enabled the researchers to show that diabetes patients with the less common Type 1 diagnosis were at even greater risk of being hospitalised and dying from infection.

Over a seven year period, patients with Type 2 diabetes were twice as likely to be hospitalised with an infection as patients without diabetes; for Type 1 diabetes this difference was nearly four times.

The study also investigated more common infections seen by GPs, and found that skin infections such as cellulitis were twice as common in patients with diabetes.

Materials provided by University of St George’s London. Note: Content may be edited for style and length.

Cannabis for Pain. Which is best, CBD or THC